American robotics company, Nuro, is now the first to be authorized to perform autonomous deliveries in California. Earlier this year, they received a permit to test its robots out in the field and will enable the company to charge customers for the service. 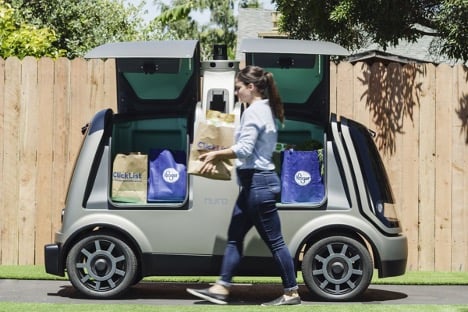 As stated by the company’s chief legal and policy officer, the company is planning to “announce its first deployment in California with an established partner.” Although they have yet to reveal the partnership, the service will more than likely make use of Nuro’s entirely driverless Prius vehicles. Even so, the company still plans on launching their very own R2 robots in the near future.

The permit – as issued by the California DMV, will only grant the company to operate its delivery services in most of Silicon Valley which will mean that tech workers would be well within its zone.

Along with the permit comes additional restrictions into running the service namely allowing the Prius to run on surface streets with a speed limit of 35mph while the bots will only be allowed to go 25mph. If you expect the deliveries to still run during bad weather conditions, then you might have to rethink that. Both machines are only allowed to operate in “fair weather conditions.”

Nuro was founded by two ex-Google engineers and is the only company besides Google’s Waymo to be able to get a permit allowing it to test driverless cars out into the streets. Now it has actually ousted Google in getting the ability to make the service into a profitable business in their home state. However, it is an entirely different story in Arizona, as Waymo is being used to run paid ride services with its autonomous cars.