Imagine this: You’re scrolling through your Facebook feed, when you come across a post about gargling salt water every day to avoid getting COVID-19. Don’t tell me people believe in this, you think to yourself. Believe it or not, that happens more often than you think, and yes, some people happen to believe everything they see on the internet. Maybe you might occasionally fall for it, too. Regardless, there are ways you can become a responsible netizen and help prevent the spread of fake news. 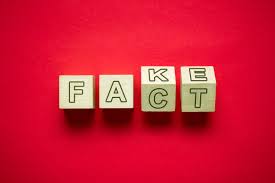 By now, you’re probably familiar with what fake news are. In case you didn’t know, fake news are “news” that contain false data with the intent of spreading misinformation to the general public. These can come in the form of websites that contain false information by using clickbait or pictures that contain “statements” made by credible people. Especially now in the COVID-19 era, fake news is rampant in every country of the world. For example, a certain president mentioned injecting bleach into the body to get rid of the virus. Another president also mentioned disinfecting face masks with gasoline or diesel. You might think those claims are too outrageous to be factual, but doctors actually pleaded people not to do it because some did go out and do it. Then, as soon as the news about the Pfizer/BioNTech vaccine broke out, memes were made about microchips being inserted into our bodies. Whether this was made by members of the anti-vax movement, I am unable to tell. However, I can tell you it has spread like wildfire all over social media platforms.

Fortunately, there are ways to tell whether news is fake or real. Before you click on that share button, do a quick Google search. If you can only find it in one website and nowhere else, it is most likely fake. News are made to be impartial. If they purposely evoke an emotion, it’s fake. Is the author of it a credible source and do they have other sources to support their claim? If the answer is no, it is most likely fake. Try to read the news. If it seems too good to be true and somehow supports the agenda of from a non-mainstream idea, then it’s fake.

As the netizen population continues to increase every day, we are responsible for doing our part to avoid being part of the fake news problem. If you see fake news being circulated by friends or family members, let them know the news is fake and present the facts as to why it is fake news. Learning to tell fake news from real news apart is a skill you will need in this modern age.